The uniqueness in chemistry of Sea polyphenols is that it is made of only one monomer called "phloroglucinol".

In other words, Sea Polyphenols are dehydro-oligomeric adducts of phloroglucinol. 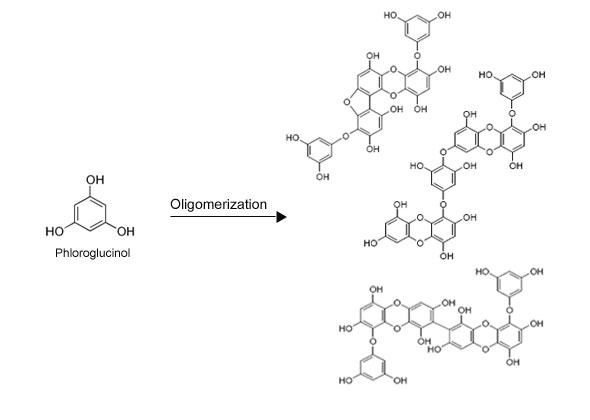 Multi-ring structure makes a Sea polyphenol molecule a highly potent electron trapping machine against any kind of free radical: Resveratrol (2 rings); flavonoids (3 rings), catechins (4 rings) Sea Polyphenols are chemically unique in that they do not have any other type of carbon than pure aromatic ones. 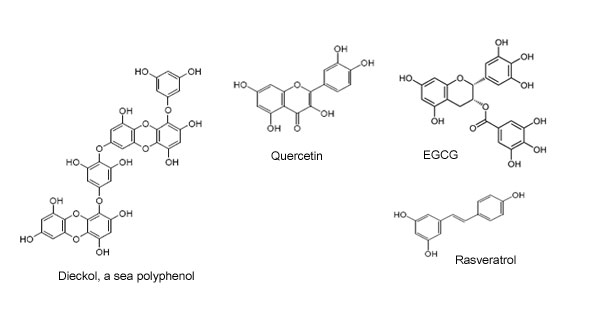 The exact whole biosynthetic pathway for a Sea polyphenol is unknown.

However, in the early biosynthetic steps of its monomer, phloroglucionol, two molecules of acetyl co-enzyme A are converted into malonyl co-enzyme A through the addition of carbon dioxide. This changes the acetyl methyl group into a highly reactive methylene and so assists the process of polymerization to occur without the need for a high investment of energy. During further synthesis steps, the carbon dioxide, which was added as an activator, is lost.

The result of polymerization is a polyketide chain consisting of an acid moiety, and the co-enzyme is lost. The polyketide chain is transformed by intermolecular ring closure and elimination of water to produce hexacyclic ring systems .

Further elements of the biosynthetic pathway are unknown. 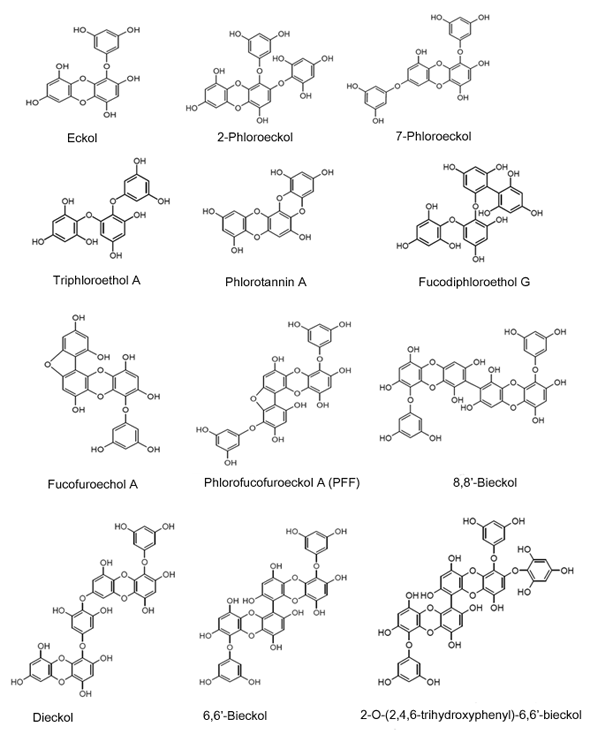